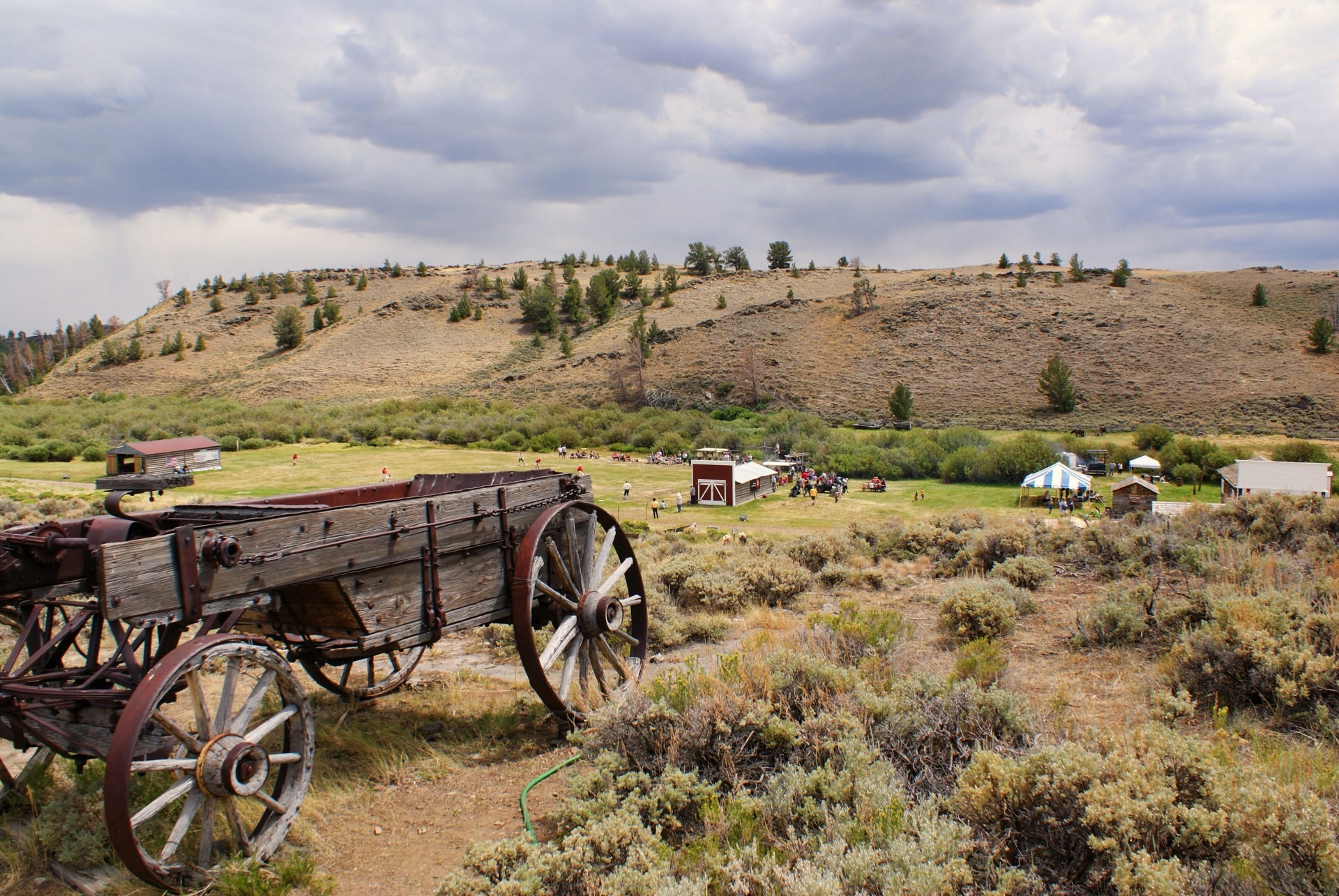 Lander has had a lot of names and has been characterized in many ways, but it has always been a stopping point for travelers—indigenous, recreational, and entrepreneurial. Today you can see traces of all of Lander’s storylines. Those historical attractions and points of interest demonstrate how Lander became the town it is today.

First, for Native Americans, this area was sheltered from harsh Wyoming winds and preferred hunting grounds. The river that runs through what is now Lander is the middle fork of the Popo Agie (puh-POE-zha), reportedly a Crow Indian phrase for “gurgling river.” Lander is located adjacent to the Wind River Indian Reservation, and the entire region is rich in Eastern Shoshone and Northern Arapaho culture. 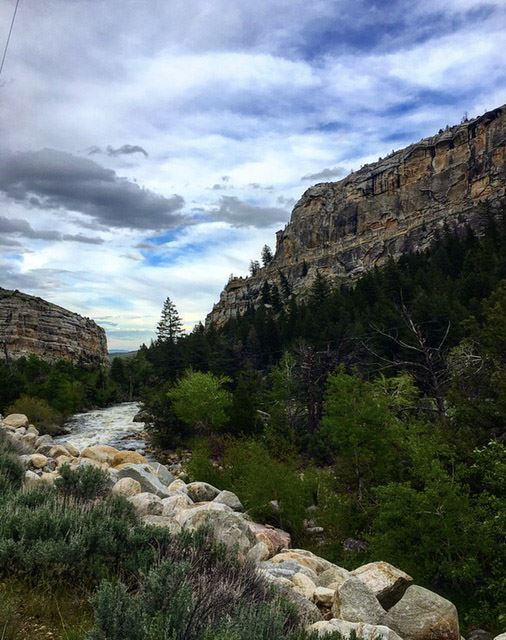 Points of Interest: Find petroglyphs in Sinks Canyon State Park! Attend a weekly dance exhibition at the Museum of the American West during summer months. The Wind River Indian Reservation is open to visitors, and there are numerous historic and cultural sites to visit and events to attend. Please respect private property and that some areas are sacred. 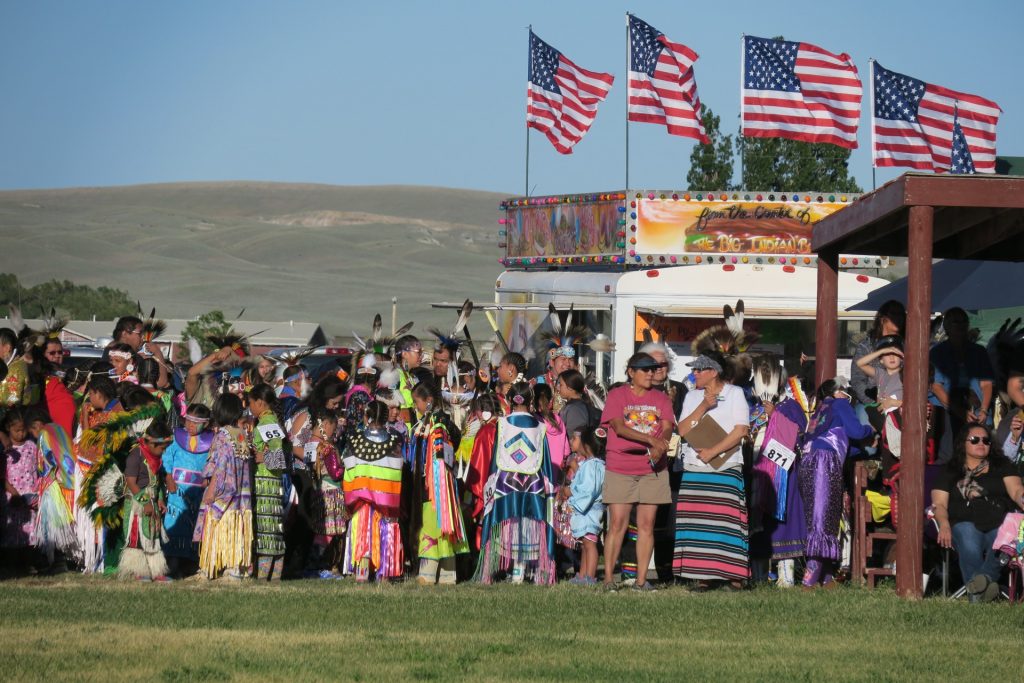 In 1869, Camp Augur was established where Lander now sits. The military outpost to protect the Wind River Reservation was renamed Camp Brown and relocated north a year later. It was later renamed Fort Washakie, notably the only U.S. military fort named after a Native American.

Historical Attractions: Visit the community of Fort Washakie just 8 miles from Lander. There is a museum inside the Wind River Trading Co. gift shop, and the gravesites of Chief Washakie and Sacajawea both lie nearby. 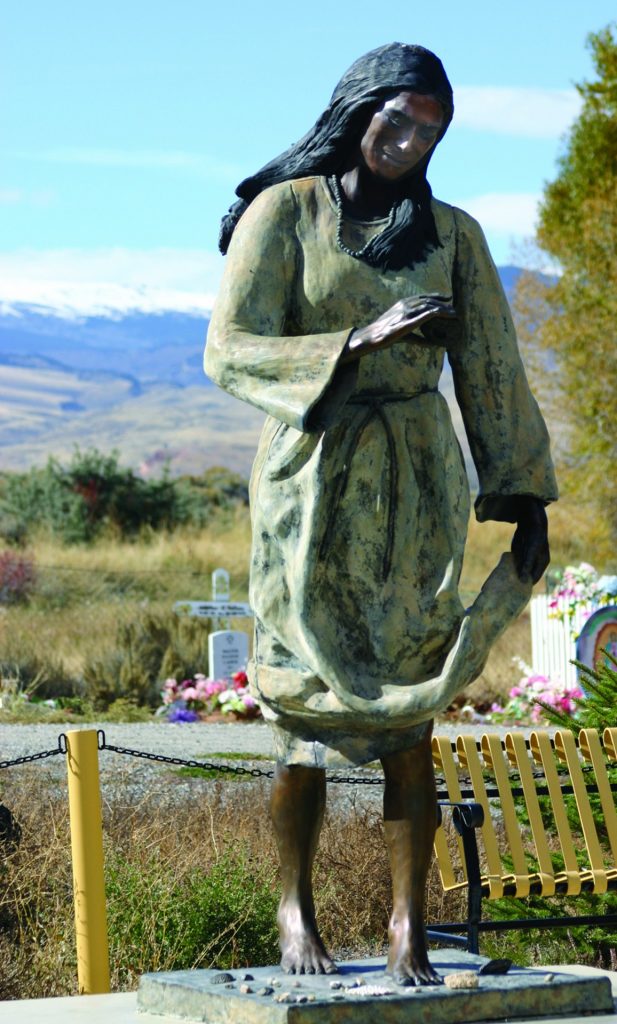 Emigrants on the Oregon Trail crossed the Continental Divide on South Pass near Lander, then gold was discovered on the same pass in the 1860s. In the 1870s, westward expansion first introduced pioneers and prospectors to what has become Lander. The newest residents found the sheltered valley was a great place to grow crops. As a result, the community in the foothills earned monikers such as Apple Valley and Push Root. 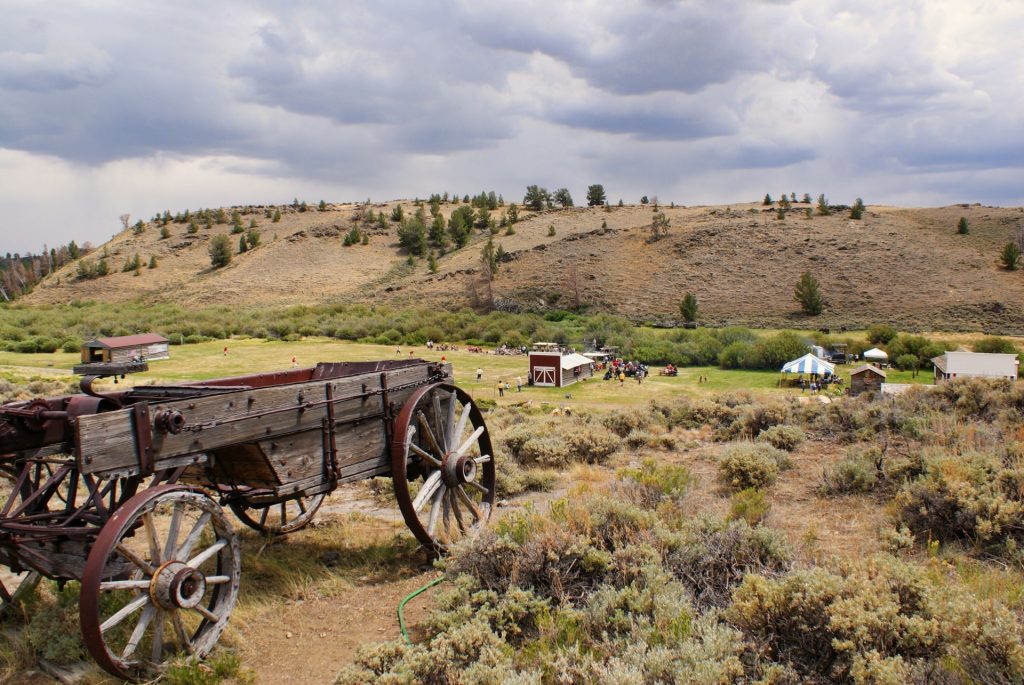 Historical Attractions: Visit South Pass City State Historical Site to learn more about the Oregon, California, and Mormon Trails, the Pony Express, and the gold boom. You can even pan for gold and walk in the tracks of the historic overland trails. Head back into Lander, which is named after Fredrick W. Lander, who developed the Lander Trail, a wagon trail shortcut off the Oregon Trail. Walk Main Street and read the window signs about the historical downtown buildings. Make a stop in at least one of the local museums to gain a deeper understanding of how Lander developed (hot tip: ask about Butch Cassidy’s times in Lander). Or spend time at a farmers’ market to connect with the roots of the Lander valley.

In 1906, Lander became the end point of the “Cowboy Line” in the Chicago & North Western railroad system. Lander became the place “where the rails end and the trails begin.” Travelers often transitioned from rail cars to wagons in Lander on their way to Yellowstone National Park. 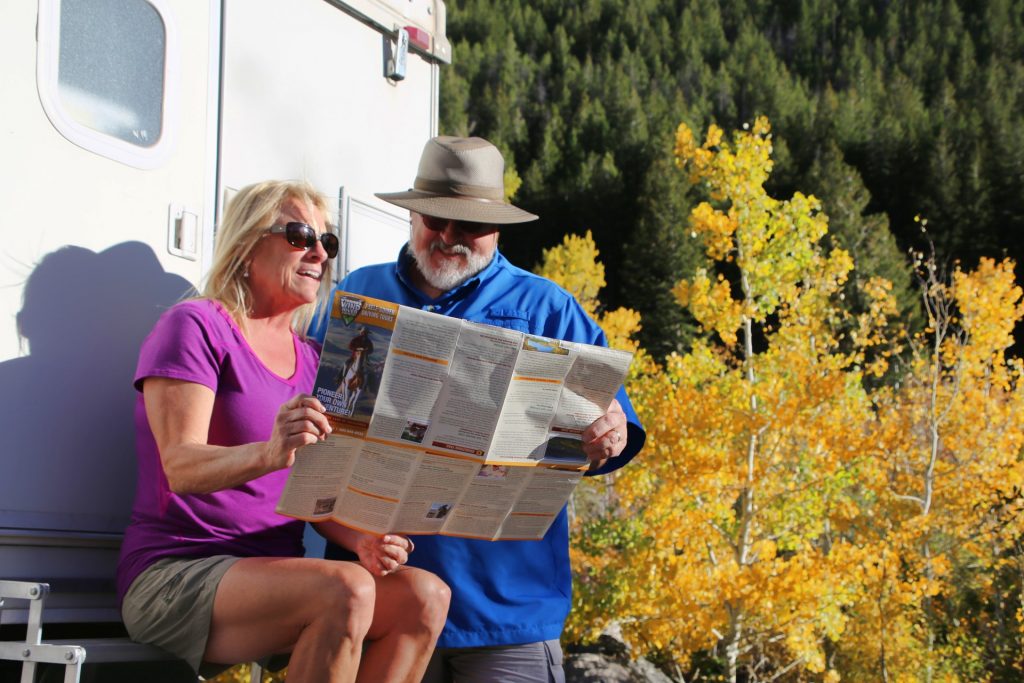 Hikers look at a map, photo by Jennie Hutchinson

Points of interest: The trails begin in Lander. Park the car and embark on an adventure! Explore the many hiking and biking trail systems in the area or go on a backpacking trip into the Wind River Mountains.